We moved into a condo when I was 14 years old while as our new home was built. My four person family was not used to living in such close quarters, but we all did the best we could. There was one living room with attached kitchen on the first floor and two bedrooms, one bathroom on the second floor. I eagerly elected to take the loft in the second bedroom. My brother slept in the room below the loft. I thought the loft had this very bohemian, New York-esque mystique to it. It really did not. It had a slanted skylight for a window, a view of the ceiling fan, and my canopy bed, desk, and bookshelf in it, all the while overlooking and overhearing my brother’s bedroom filled with the sounds of video games and snoring. Snoring so loud that some nights, more nights than I wish to admit now, I went down and tried to turn him over, push him, and even place a pillow over his head to MAKE IT STOP.  These are not moments of pride for me.

There was not much to do. There was not much space. It seemed everyone was either upstairs or downstairs, but no matter what it felt very claustrophic for a family that only existed in a 8 room 1 1/2 bath home. There was some fun times for my brother and me. Again, these are not things we probably look back with great pride, but hey it was fun.

In my father’s inspirational, creative spirit of coming up with games while at the beach or just about anywhere we may go, we also felt the need to create a game. You only needed two items clean laundry, socks and underwear always worked the best, and access to the ceiling fan. I do not know how we discovered this. It probably had something to do with me, throwing down a pair of socks, that did not belong to me, into my brother’s bedroom space below. Invariably, in anger or apathy, I threw the socks at the ceiling fan to possibly see them hit one of the blades and go flying against the wall. This one occurrence of such a stupendous thing as this lead my brother and I to further investigate what might happen with other pieces of clothing. He would throw them up from the bedroom below, and I from the loft area, where the ceiling fan was at eye level. Items of clean clothing flew all over the room at varying speeds. Underwear would kind of float to the ground, like a parachute. Two socks wrapped in a ball would get hit like a baseball by the blades of the fan. Scarves would dance through the air. 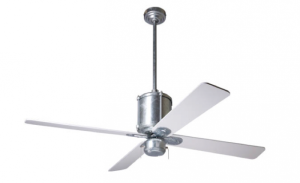 One time, in the early days of the game, an article of clothing got stuck on the fan blade. My brother and I looked at each up, sure we were in deep trouble. Would we have to tell our parents about this, was our immediate thought? How would we get this off the fan? Then a few clicks later we decided let’s increase the fan speed, and see what happens.  And maybe throw something else up there to knock said clothing item loose. Well, this worked and it enhanced the overall awesomeness of the game. Now the fan really hummed at a great velocity. The items of clothing would get hit by the blades with items of clothing coming back at me up in the loft. What a surprise! Both being lovers of baseball, we thought this was great. Underwear ended up just getting “thwap”d against the windows on the opposite wall from the loft. The whole room was covered in small white articles of clothing. This increase in velocity aided in moving items up to the loft, if we would get the article of clothing to hit the fan blade at the right time.

This whole game was fun. We cracked up about it then, and I still laugh about it now. If  I remind him about it today, he still thinks it funny, too. What was really special about the game was it was something we shared. Only we knew about it. We never told anyone, not even our parents, who lived with us in those close quarters. Only a few years later did we share this game with our parents. Even today when I tell my Mom or Dad about this, decades after it happened, they remark, “Oh no,” with a wry smile on their face, knowing full well we most certainly did.